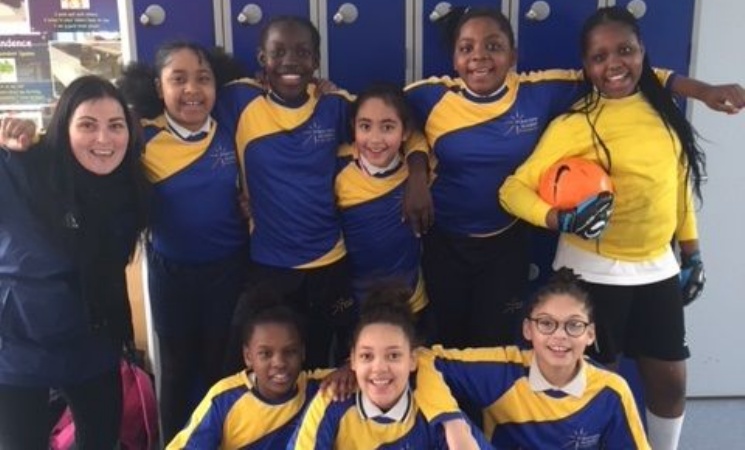 The year 6 girls football team took part in a Lewisham borough football tournament against 30 other schools.

They did exceptionally well, with great determination and skill they came 2nd over all.

Fanta was recognised as being an outstanding  goal keeper, by the way she was able to save most of  the  goals that came her way.  Suria was also recognised for her football control and speed.

It was an successful afternoon with a supportive atmosphere, well done girls!