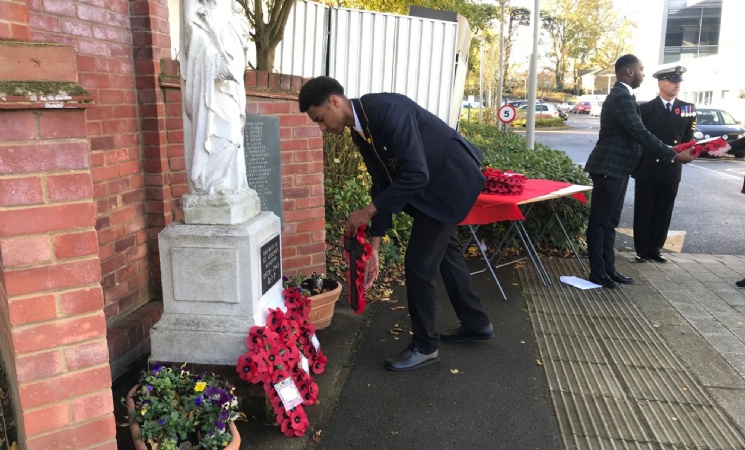 On the Friday 10th November 2017, St Matthew Academy honoured the pupils of St Joseph Academy and the millions that lost their lives during World War I and II through a Remembrance Service.

The service was led by Monsignor Rothon. The Student Council took an active role in the service, reading  poems associated with Remembrance and offering prayers.

Head of School and the Primary phase, Mr Saunders who represented the Military, Head boy and girl of the Academy (primary and secondary) and Monsignor Rothon laid wreaths and crosses at the memorial for the boys of St Joseph Academy.

Also in attendance was a Year 9 History class currently studying World War II. One pupil commented, "We're learning about the events of World War II now, but attending this service really helps me understand the sacrifices people made and the importance of learning about those who lost their lives for us."

At the primary phase, pupils also observed the two minute silence and released balloons with a prayer tag attached. Last year, a balloon was reported to be found in France! This year we're hoping for sightings more further afield.

Teachers shared a Remembrance presentation with pupils. They also participated in collective worship in their classes led by the pupils and observed the two minute silence.