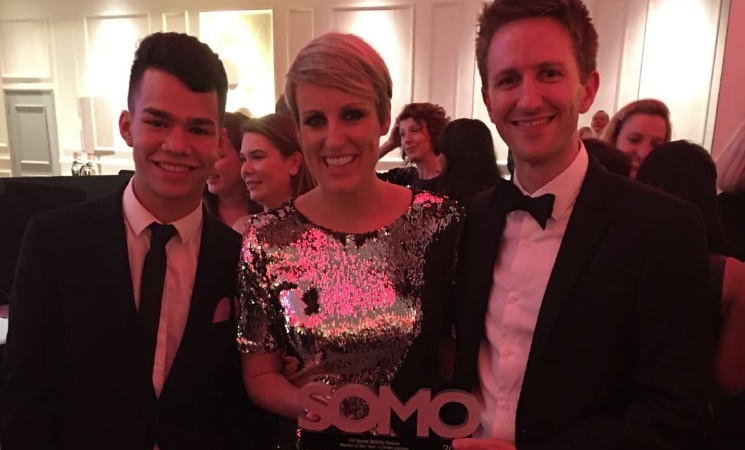 We are pleased to announce that one of our ex students, Matthew Sigolo joined Lorcan Lennon (KPMG mentor)  at the UK Social Mobility Awards held on Grosvenor Square on Thursday 12th October 2017. KPMG were nominated for three categories, including mentor of the year and took home an award in each of them.

Lorcan in an email to Paula Maquiera (mentoring scheme lead at SMA) said 'I am genuinely shocked and humbled by the award – which I very much see as both Matthew’s and mine. Of course, it wouldn’t have been possible without the tireless work you and many others (both in SMA and KPMG) do to make our mentoring partnership so successful – so I want to say a very big THANK YOU to you.'

The picture shows Matthew and Lorcan getting the award from Steph McGovern of BBC Breakfast TV.

We look forward to welcoming KPMG mentors to the Academy on Wednesday evening when they will be launching the mentoring scheme to our year 9 pupils and parents. We have 60 places available for the year 9 students alongside the 60 places already filled by year 10 pupils who are on the second year of this incredibly valuable and successful scheme.