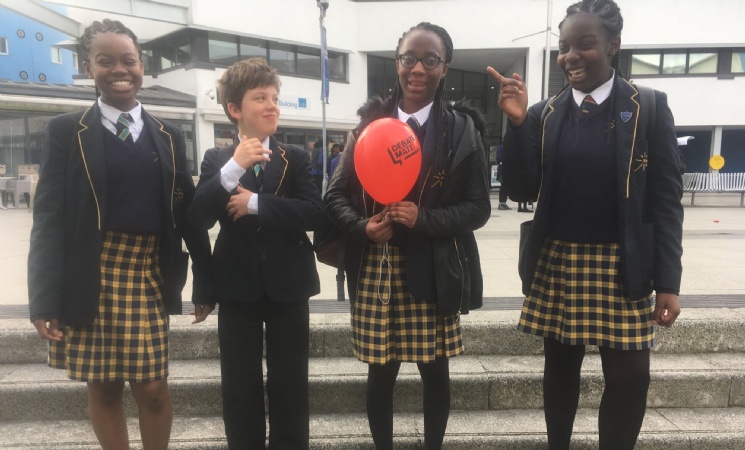 It has been another successful year for SMA's Debate Team. This was the first year of competition for most of the team members. Two of the three teams were made up of 18 students from Year 7,8 and 9 and one student representing Y10. (Jack Petchey speak-out winner, Erica Appiah).

The three teams qualified for the semi-finals of the Urban Debate League coming 14th nationally and fourth in the Debate Mate Cup – a competition against 250 schools! The judges were particularly impressed that such a young team got so far. If this is what they can achieve in Year 7 and 8 we can only hope that they will be filling the shoes of last year's Year 10 Debate Mate Championship Winners!

Twenty students took park in an all day workshop as part of the Jack Petchey, Regional Speak-Out Challenge. Two students were selected for the regional finals, Erica Appiah and Timi Kalejaiye. On an astonishing night judged by a selection of dignitaries including Mayor Steve Bullock and Local Labour MP Heidi Alexander, Timi came second and Erica third out of 21 competing students from leading schools in the region. Please see the link below to watch their winning speeches.