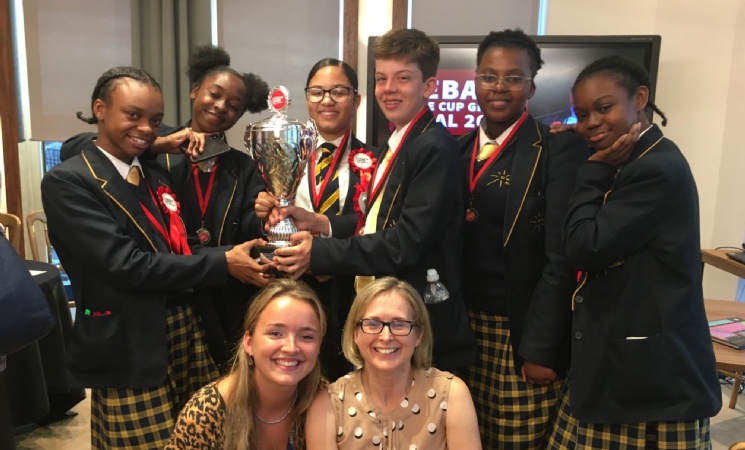 In an astonishing all-day battle starting at the Houses of Parliament, SMA Team A represented by speakers: Kemi Omosaru, Jack Morrin, Mollie Forrest and floor speakers Liyema Mbalula, Rochelle Raymond-Carter and Farai Gova engaged in three rounds of live Debate against three Regional Finalist teams from all over Britain.

Winning all three rounds and gaining the highest point score, they went on to face the other Grand Finalist team from St Francis of Assisi Secondary Liverpool in front of the Mayor of Westminster at City Hall and were crowned National Champions 2019. Over the year 250 schools across the country compete for the cup and it was a fantastic achievement for SMA, who have succeeded in getting to the semi-finals three times in the last six years, including coming third in 2017.

The Right Honourable Ruth Bush, Lord Mayor of Westminster praised "The passion and precision of the winning team".

Thank you to the parents of all the students who attended Debate Mate this year for your support and we hope you will encourage your children to sign up for next year's Debate Mate Club and activities.