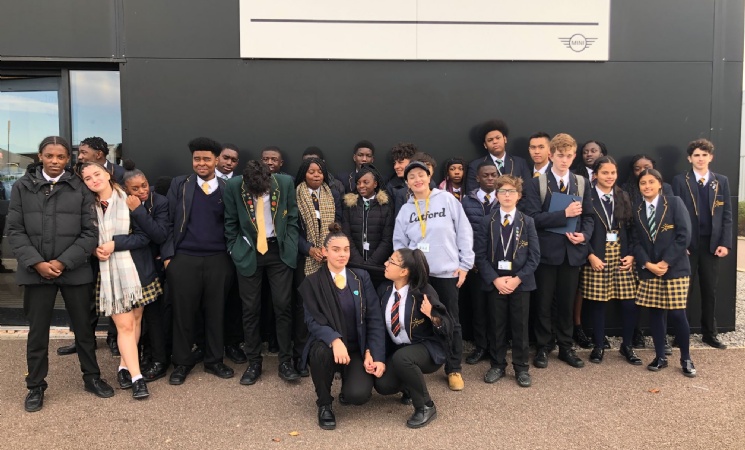 The trip was organised by the wonderful Miss Reid as a joint venture for Year 10 & 11 Business and D&T pupils.

Leaving school at 9 am a group of 70 children and four members of staff visited the BMW and Mini Cooper factory in Oxford. Having boarded their luxury coach and stopping at services for lunch they arrived at the factory about midday.

They were split into four groups and taken around two major areas of the factory. First of all, pupils were able to see how the main body of a mini is produced. They were amazed at the high tech robotic procedure and for business studies students the focus was on how

technology has impacted production and what effect that had on being cost-effective.

They then moved on to the area of the factory where Minis are finished and made up to the individual specifications as ordered.

They were told they were over 1000 different combinations that could be made. Watching the Minis move through the production line and being driven off at the end was quite special and pupils have gained great insight into production methods but also stock control and quality assurance.

This will definitely be a visit that they will refer to in lessons many times over it. All of the pupils and staff were left wishing that we were able to take a mini with them!