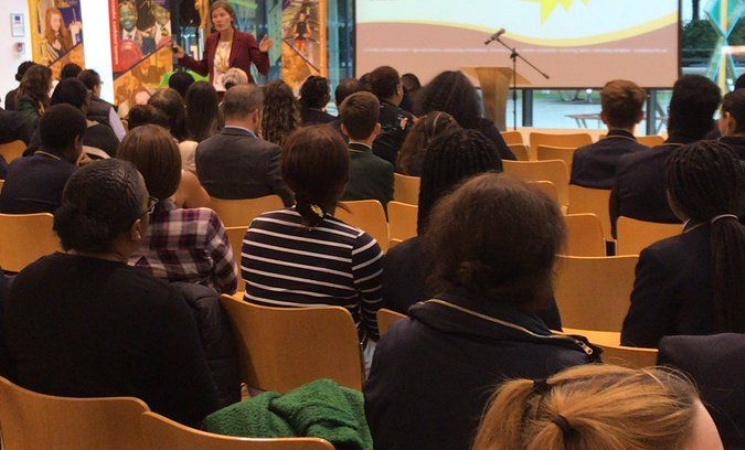 We welcomed Year 11 and their parents and carers to an information evening on Thursday 10th October.

Predicted grade reports were handed out, and pupils and parents/carers had the opportunity to speak with their form tutor to process the report.  They then received a presentation from Ms Baldwin, Headteacher, Ms Heywood, Assistant Headteacher and Ms Migon, Director of Learning for Y11 who all discussed the importance of the home/school partnership for the coming year.  Heads of Department then welcomed pupils and parents/carers into subject workshops, specifically focusing on what support can be offered at home, to ensure the best possible GCSE outcomes.

The final part of the evening was a post-16 sixth form and college fayre, where we welcomed eight schools and colleges to speak with pupils about their organisation and possible pathways.  We were lucky enough to also have several sixth formers from these schools who were on hand to offer honest advice and guidance about the application process.  Year 10 pupils also had an insight into the post-16 process as we invited several Year 10 pupils to attend the fayre.

We look forward to seeing Year 11 and their parents/carers again at the full Parents’ Evening in January.