The Power of the Name!

Innovation was the order of the day on Friday 26th March. Across the Primary phase, children and adults alike immersed themselves in The Power of the name, a celebration of individuality, culture and heritage that was the perfect opportunity to pause and think about who we are and what we stand for in a year that has been difficult for many of us at different periods.

Prior to the day itself, children and families spent time at home researching the origins of their family names and children also had the task of finding out where their first names came from, what led their parents to give them those names and what they meant! Each class was then able to find out more about the origins of each other’s names, watching the videos posted on Seesaw by some of our parents. On the morning itself, the day began with children listening to ‘I am’ by John Clare and children responding to it in terms of what it meant for them and how it made them feel. They then created beautiful name cards that were decorated with things that represented their personalities and interests. 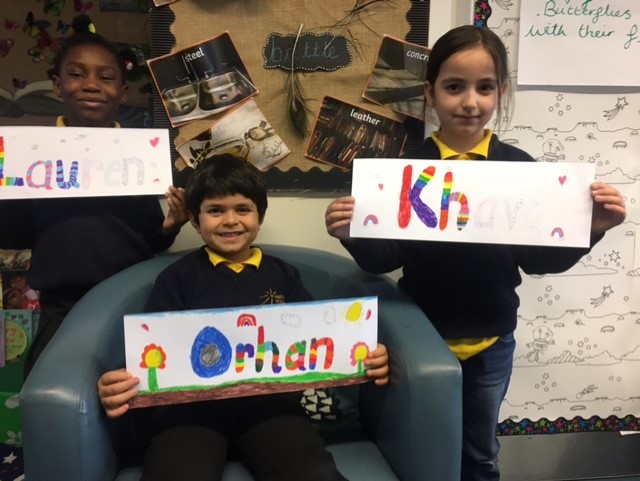 Over the rest of the day, children applied their initial learning to learn and perform a spoken word task. In Reception and Year 1, children learned and performed the song ‘Roar’ by Katy Perry to celebrate their individuality and determination. In Year 2, children created animal collages linked to their personality traits while in Year 3, children put their own spin on a well-known song about names! In Year 4, children wrote acrostic poems using the letters of their names and in Year 5, children wrote their own raps about their names. Year 6 produced their own spoken word performances that they had created themselves to bring the day to a highly successful end.