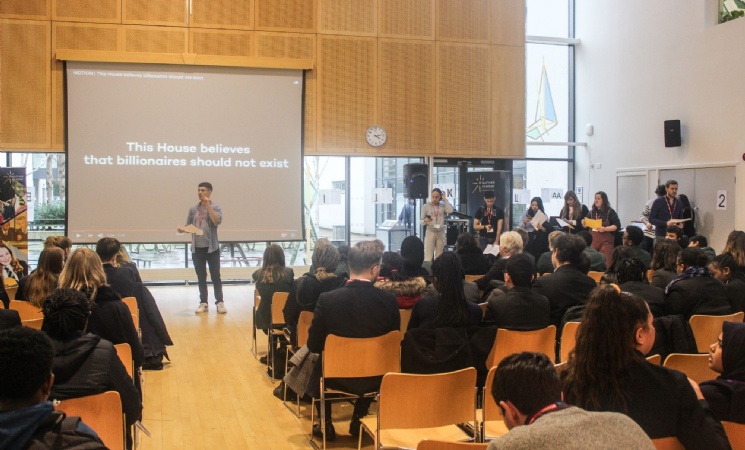 Seven schools across Lewisham competed alongside SMA’s own two teams made up of twelve students from Y7 and Y8. Despite being novice teams - this is their first year of competitive debating- both teams triumphed winning both debates.

A fantastic achievement - in itself - but doubly impressive as students from the other schools were experienced debaters from Years 9 and 10. We await eagerly the results on the league table which will be published in the next couple of weeks and hope to be representing the school in the next leg: the semi-finals. Well done, SMA and thank you to the tutors and parents that support and encourage these students to realise their full potential.